Confessions of a 'token' Tongan

I’m in the kitchen of my grandmother’s home on the North Shore, preparing for a video journalism piece on the Tongan tau’olunga.

“No, you’re palagi”, she says quietly, turning to fill up the kettle for a cup of tea.

She’s right, and it’s a blunt truth I’ve struggled with as I’ve tried to reconnect with my culture as an adult.

It’s a truth that makes me feel like I need to justify my Tongan-ness, and almost stopped me telling people my cultural heritage, or even applying for my current job.

But, it’s there, deep down.

Stats 2018 figures show just 40 per cent of New Zealand-born Tongans can speak the language, that figure dwindling from 56 per cent in 2006.

Hearing stories of my history, I can see where my own family has leaned away from some of their Tongan roots and done things the ‘palagi way’ to access opportunities and get ahead.

​Back in the day

My grandmother, ‘Alieta Strong was born on 6th January 1934. Her mother was Louveve Tohi and she was the 6th child of 10 children. Her father was Robert Hurrell. As a young woman, she made a vow that she would either marry a palagi or be a nun. Luckily for us grandchildren, she caught the eye of Michael Strong who was the manager at her work in Nuku'alofa, and they were married in St Paul’s Church in 1955. 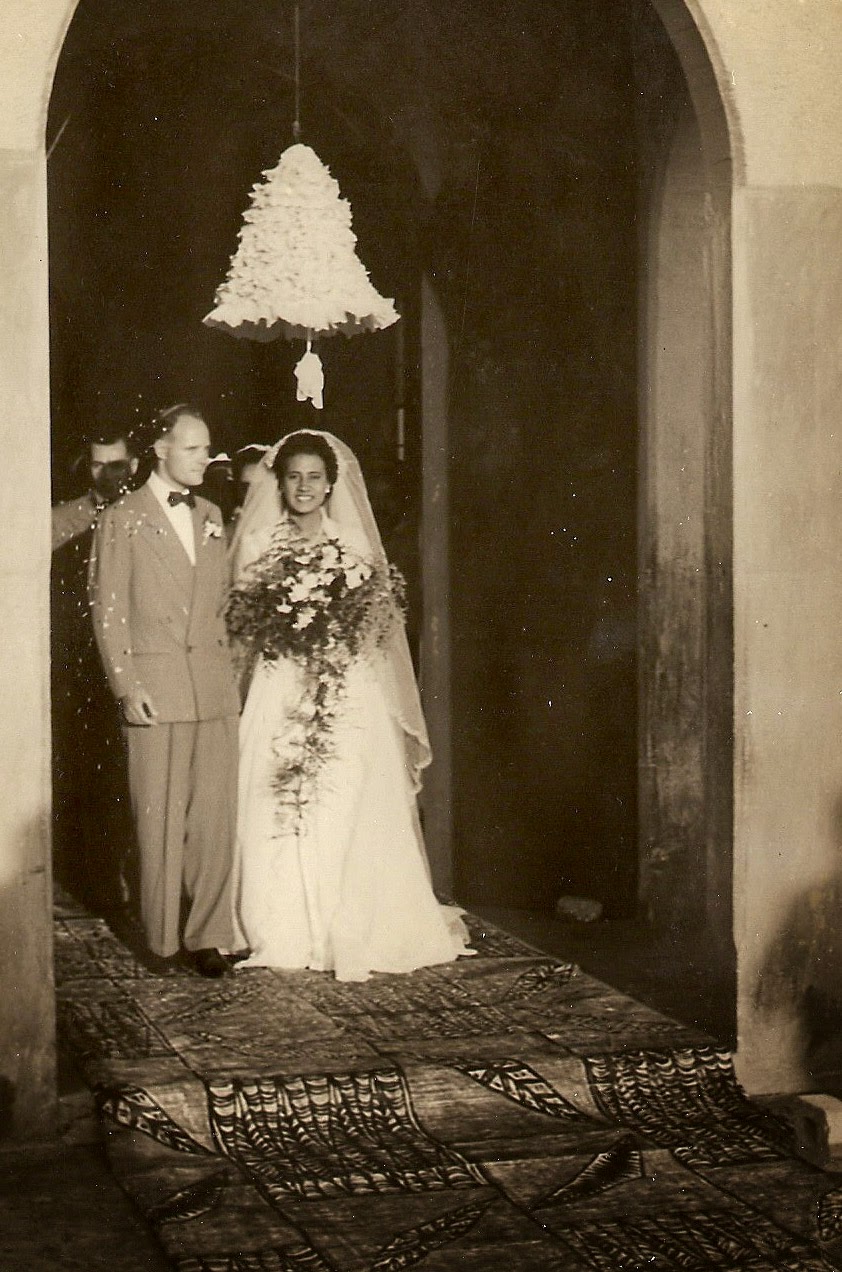 My Grandmother's wedding, walking on the tapa cloth that was made by her mother, Louveve Tohi. 1955.

I don’t mean any disrespect, but I’m not entirely sure if it was a love match. They had three children before moving to New Zealand in 1965, to a one-bedroom bach in Torbay.

My father, Gordon, remembers being the only dark-skinned boy at Torbay school when he arrived at the age of 9. To settle into their new country, he and his siblings were only allowed to speak English at home, and only remembers a few words now. 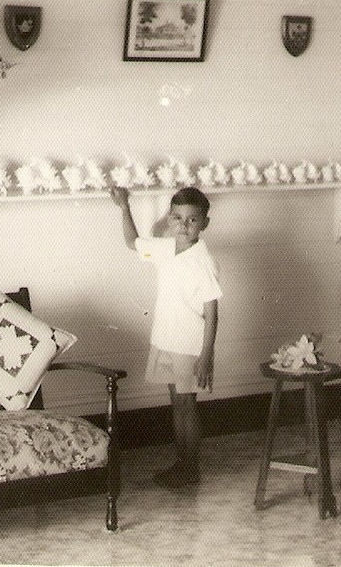 This attitude was still there in my youth, after many requests to learn the language or Tongan weaving and handicrafts were abandoned after first attempts.

My grandmother would make beautiful woven bags and hats to sell at the markets, using her own earnings to eventually purchase a car in New Zealand.

My best memories of Tongan culture stem from my Grandmother, and her home near Waiake beach where she died in 2011.

She stayed connected to our family in the islands, going back to visit every year or so, and would often be picking someone up from the airport, and there always seemed to be a relative staying whenever we visited.

As a child, I remember when Telecom would do their special prices to call the islands, and Grandma would go through her black book, filled with her neat, precise handwriting and be on the phone for hours. We’d pick up the phone downstairs and hear her and an Auntie gossiping away, followed by, ‘Oi! Get off the phone, you lot!’ and we’d run away giggling.

Every January for her birthday we had an umu with a big puaka tunu on a spit roast. There would be music and dancing and so much laughter.

Aunties would kiss my cheeks and uncles would bite my ear.

I’d scurry off with my cousins and we’d try to figure out how we were related, then give up and go running off to find more food or scab $2 from one of the rich uncles.

My Tongan memories are filled with music and colour, family, and food. Pictures of my Grandma always showed her dressed beautifully, often with a grandchild in her arms, surrounded by family. 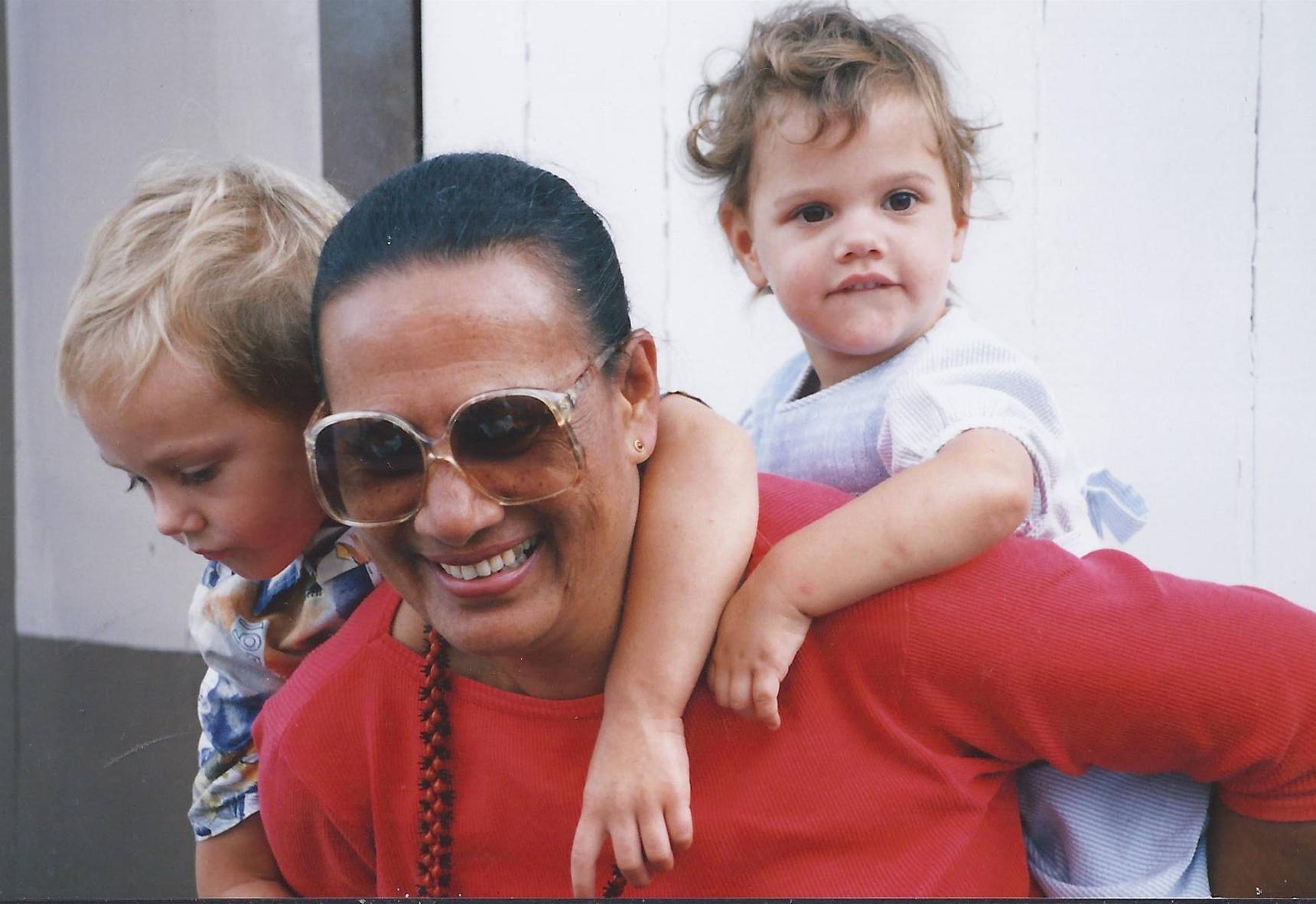 ​Our household’s best effort for Tongan Language week goes to my partner, who is an Englishman and doesn’t speak a lick of Tongan.

“Malo peto Khalia,'' he says in a text, proudly repeating it when I walk in the door after a morning spent reading the news on 531, “malo peto”.

Although my 9 year old chickened out of saying “Malo e lelei” in his class zoom, I can’t force him without leading by example, so I’ve signed up for online Tongan classes. They start in a few weeks with the Pasifika Education Centre.

As an adult, it is with great regret that I didn’t make more effort to learn the language, and converse with my Grandma in her mother tongue.

I am more familiar with words in Samoan and Te Reo, so the Tongan language seems more interrupted and punctuated than other flowing, vowel-heavy Pacific languages.

Being just under a quarter Tongan, I can pass for a regular Kiwi, and am aware of the privilege this has afforded me, but looking palagi doesn’t cancel out DNA.

So, I’d encourage my New Zealand-born non-speakers out there, it’s on you now. Speak to your aunties and cousins, hear their stories. Tell them it’s OK to speak their island language around you. Sign up for some classes or learn some words or songs. You can’t judge someone for where they are in their language journey, because everyone starts at different places, but the rest is up to you. 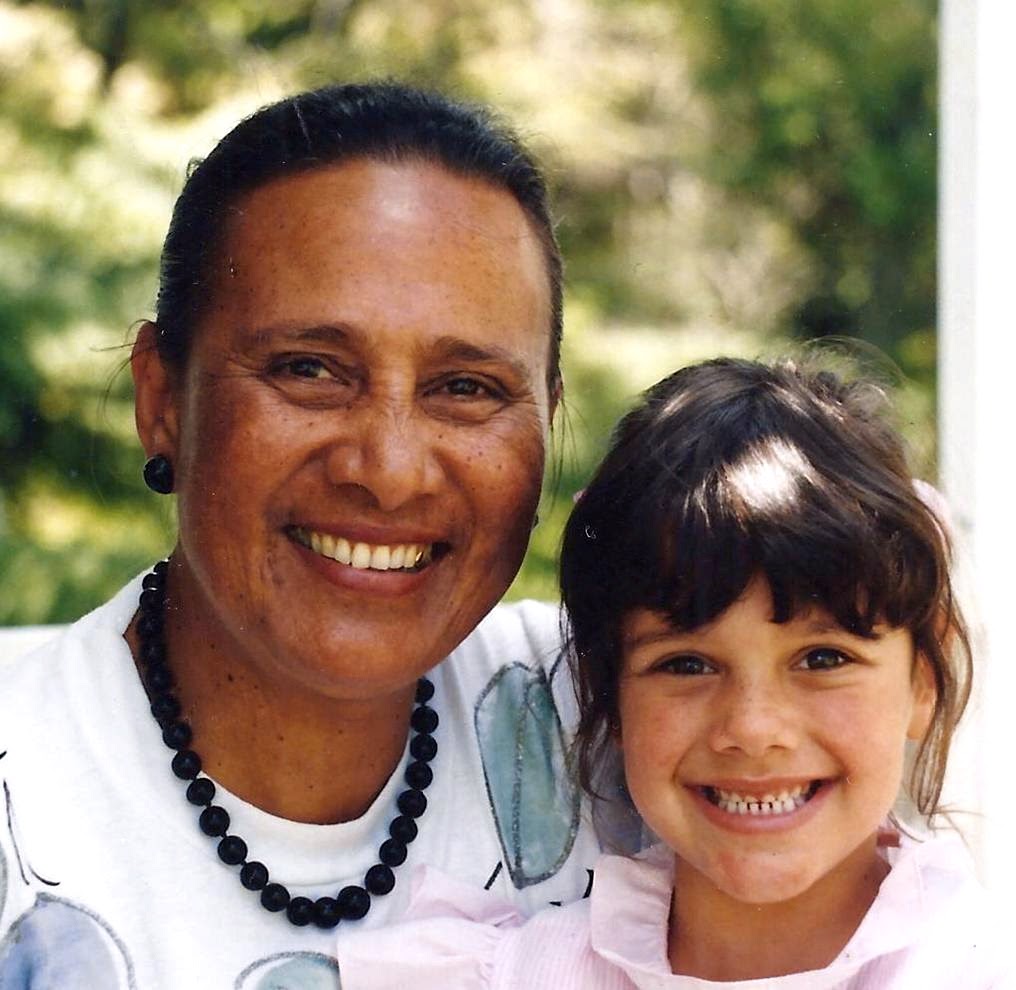 In memory of my dear Grandmother, Alieta Strong
Previous Article Next Article