'I'm an overstayer, not a criminal' - Tongan woman hopes for amnesty

A Tongan overstayer is hoping for an amnesty after building a better life for herself here in New Zealand.

​Watch: Mele's story of how she came to be an overstayer​

“Malo e lelei. I am an overstayer, but I deserve to be in New Zealand because there is a better life here. I can bring my daughter, there’s so much opportunity, better than my home country.”

Mele (not her real name) used to come back and forth since 2013 on visitor and working visas, before deciding to settle down.

“18th of April 2019, that’s the day I got married. He was a New Zealand citizen, but he was using this to control me. You are relying on them, it’s not good for you.”

Her husband became more abusive and violent, so Mele ended the relationship, but felt she could not go to authorities for help.

“If the police know that I’m an overstayer, they might take me. So I just called my family to come and pick me up.”

Despite knowing her visa was about to run out, she decided to stay in New Zealand and risk deportation, in the hope of creating a better future. 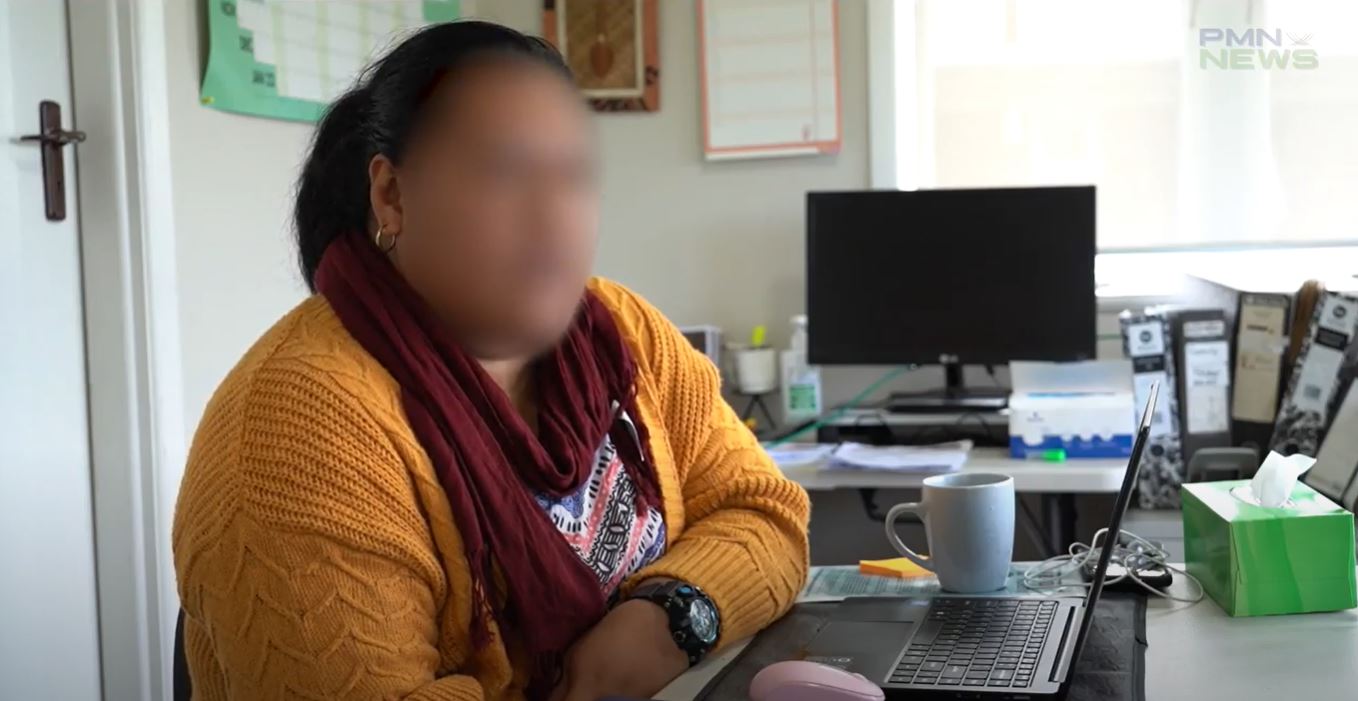 Mele has a daughter in Tonga, who she hasn't seen for three years.

Getting back on her feet

After finding a place to stay with a friend, Mele found work in the Tongan community as a tou’a for local kava ceremonies, often serving groups until the early hours of the morning, for which she is paid $200 per night.

“I started saving, and the big achievement for me is that I got my own car,” she said proudly.

Mele has a full licence and bank account. She volunteers 40 hours per week in her community, using her experience as a youth worker and advocate with non-governmental organisations in Tonga.

However, her residency status has come at a personal cost.

“My daughter is nearly 11, and I haven’t seen her for three years. She is with my mother.”

The place where Mele volunteers made an application to remove her overstayer status, but this was declined by New Zealand Immigration, and so she has enlisted the help of a community lawyer to further her case.

Mele is happy to get a Covid test if necessary, saying her residency status would not deter her from getting a vaccine.

“I’m not worried because I think I’m overconfident. Other overstayers that know me are jealous and say ‘aren’t you worried?’.”

She hopes the apology for the Dawn Raids will be more than empty words and be coupled with action.

“Remove our names from the overstayer list, tell us ‘this is the right pathway for you to apply for [residency]'. 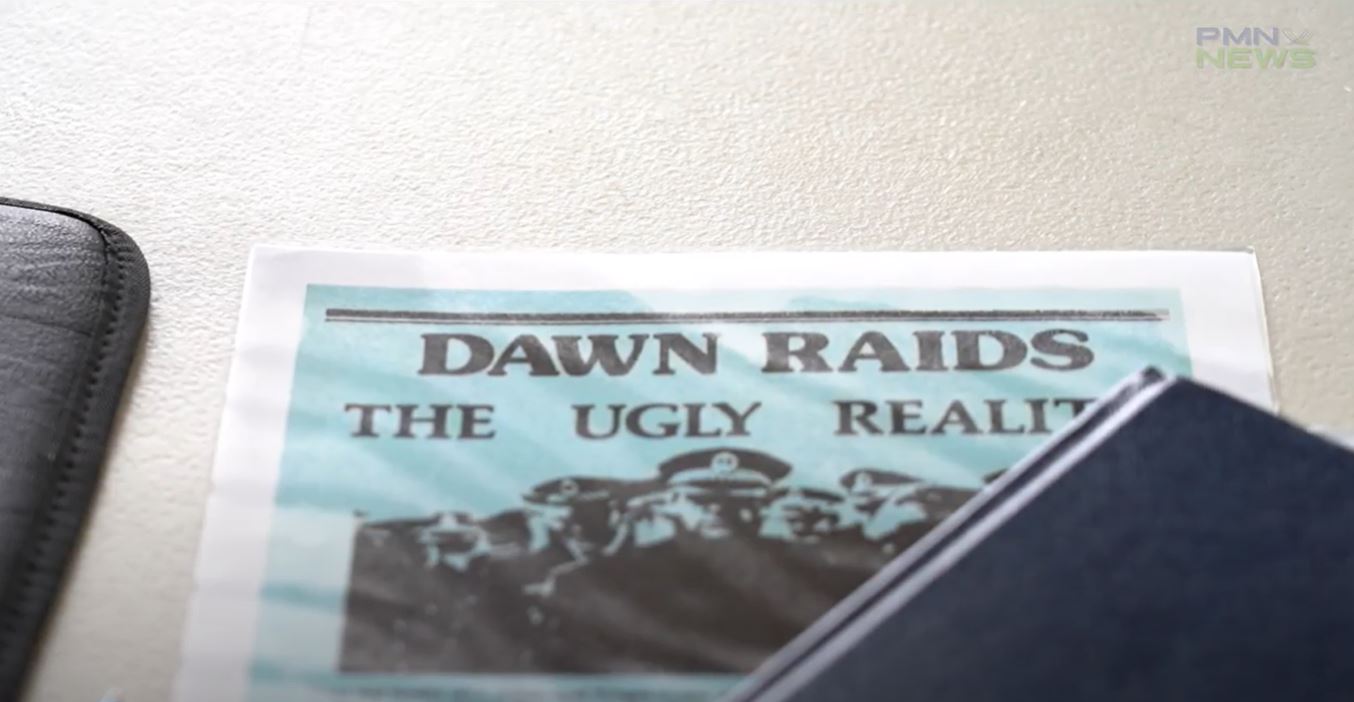 Mele hopes the apology for the Dawn Raids will be more than empty words.

Mele is just one of thousands of overstayers in New Zealand.

In 2017, there were an estimated 14,000 overstayers, but there is no way to verify these figures.

Half are believed to be from Samoa and Tonga.

Support organisations are petitioning for the government to recognise the hardship faced by many overstayers, and calling for pathways to residency.

Migrant Workers Association president Anu Kaloti said this community usually stays hidden in the cracks of society, but desperation has changed that. 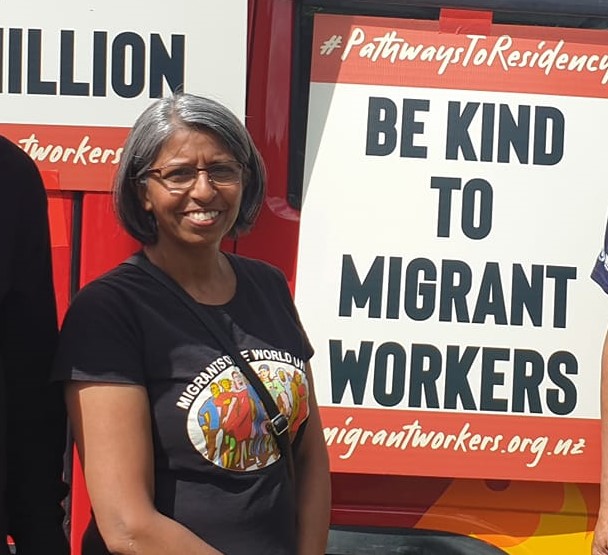 “Last year we were contacted the most by overstayers for things like food, shelter, help, basic living essentials.”

Kaloti said they are able to direct people to community groups and arrange food parcels, but there are other concerns.

“People are crying out loud that they just want to be made lawful. At the public meetings we’ve held, they are asking the government to fix the broken immigration system here and provide amnesty for overstayers.

“They’ve come to New Zealand in a lawful way, but over time, have not been able to proceed to their next visa or not been able to get residency, mostly because the rules have changed on them... and then that whole journey starts again.

Returning home is often not seen as an option, said Kaloti, because of large debts acquired to come here, or a sense of disappointment.

“There’s also this social stigma, you know, if somebody returns after overstaying or returns without being successful in New Zealand...It’s seen as a huge shame.

“They can’t return home as failures.”

Kaloti is also a licensed immigration advisor, and says overstayers are an unseen part of our society.

“They are forced to work under the table, work for cash...they are still being productive, but are not actually part of the official economy. So, it makes sense to document them, so they can actually become contributing citizens and workers of this country.

Kaloti said employers continue to exploit workers who are overstayers, and should take more responsibility.

“They’ve got access to this super cheap labour and we know there are some dodgy employers out there. So the right thing to do for employees would also be to advocate for these workers to be documented.”

Kaloti says the Minister of Immigration Kris Faafoi has the power to issue visas at his discretion, and has even more flexibility at the moment due to the amendment to the Immigration Act because of Covid.

“Sometimes people break those rules because they have no choice,” says Green MP Teanau Tuiono.

"People find themselves in difficult situations." 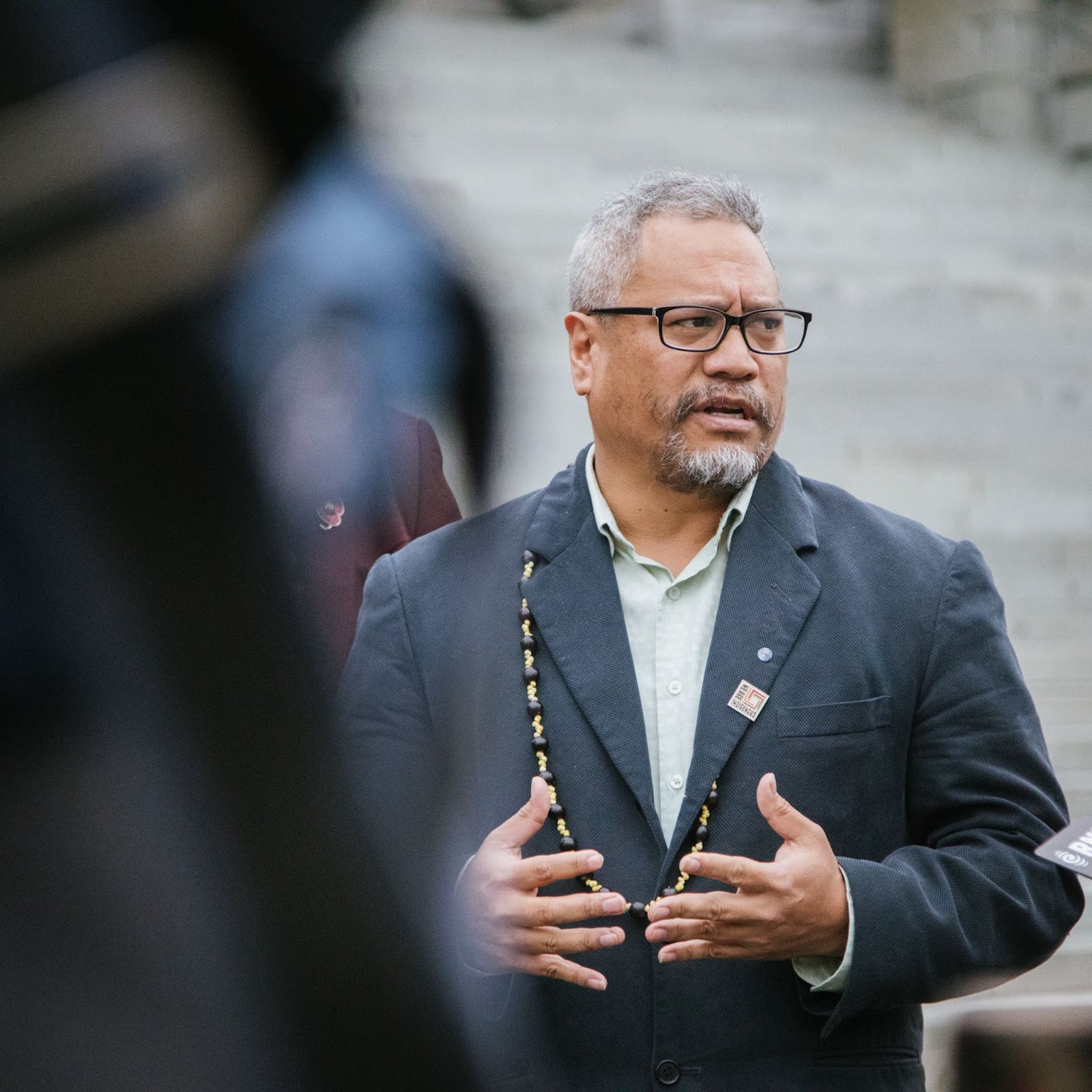 Green MP  Teanau Tuiono says many overstayers are contributing to our economy.

“We need to think of these people as part of our communities, and that directly links through to our relatives in the home islands, and also to those of us who are diasporic communities."

He said we need to acknowledge the efforts and economic contribution of those who are propping up the economy.

“A lot of these people are also essential workers.

“So, as we were moving through the pandemic, these are the people that are actually helping to hold our communities together."

Along with Kaloti, he is advocating for another amnesty for the current overstayers.

“If they had residency, it would make it easier for them to get employment, which is a good thing on a number of fronts, including the economy, but also for the communities that they come from as well.”

But former Immigration Minister Tuariki Delamere had a different view.

“Well, I certainly don’t believe they should all be deported, but I also do not believe there should be a carte blanche amnesty.

“I think we have a greater obligation to our Pacific neighbours than we do to other countries like Africa or Asia because of the historical links we have with the islands.”

Now an immigration advisor, Delamere said the government needs to speak to the communities who are impacted the most.

“They need to sit down with Samoa, Tonga and other Pacific communities, to work out a solution, and don’t just sit down with a bunch of their out-of-touch civil servants at Immigration New Zealand who have no idea what they’re talking about most of the time.”

Once she is able to gain residency, Mele will apply to bring her daughter to New Zealand.

"​There are more opportunities and better education options here, we will be able to have our freedom."​