The formation of the Pacific Island's Forum is in 'danger' over its new Secretary General appointment, after promising the position to Micronesia. 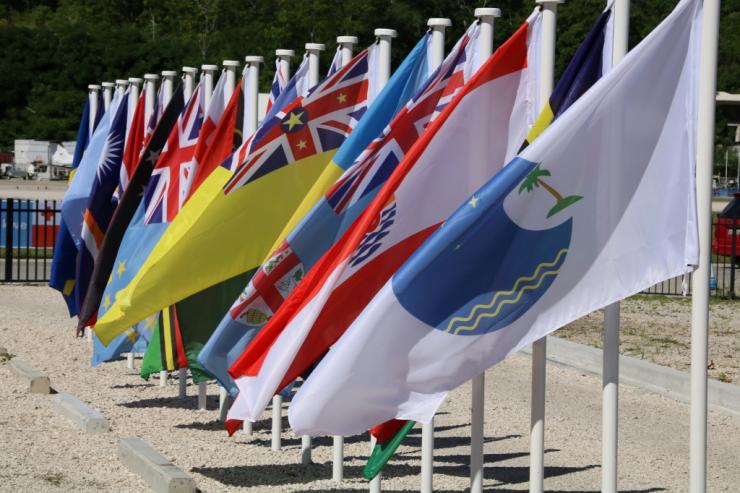 The Pacific Islands Forum 50 year existence could be in doubt over a failed gentlemen's agreement.

Made up of three Pacific sub-regions Polynesia, Melanesia and Micronesia, it was informally arranged that a Micronesian candidate would take up the position of PIF's next Secretary General.

But in a turn of events earlier this week, Polynesian candidate the former Cook Islands prime minister, Henry Puna, was voted in as the new Secretary-General over Micronesia's candidate Gerald Zackious.

​Political commentator Dr Malakai Kolomatangi says: "The danger here is that the cultural areas will revert to its own sub-region organisations. The forum might disintegrate and just become regional bodies within the cultural areas."

This is a real possibility as Micronesian countries were very vocal in the lead up to the appointment that if their turn was not honoured they'd leave the forum.​

The President of the Federated States of Micronesia David Panuelo​ told the ABC of his disappointment, accusing Polynesian and Melanesian nations of "looking down" on Micronesians.

​"What we have seen is a failure of the Pacific way, some countries that would privately discuss and lend their existence and mechanics of the gentlemen's agreement, would later tell the forum at large that it doesn't exist," says Panuelo​.​

​"PIF must be inclusive, if Zackious was the secretary general, we would see a genuinely inclusive Pacific but what we have seen is a South Pacific that looks down on the North Pacific and we find it deeply unfortunate."

His sentiments were echoed by Nauru's President Lionel Aingimea: "To say we’re [Micronesian countries] disappointed is an understatement."​

Aingimea believes less in-fighting and anger amongst leaders can be reduced if​ there's a fairer process that enables each sub-region an opportunity to lead the organisation.​​​

However, Kolomatangi isn't surprised the commitment was dishonoured.

"This is not new, these regions have interest of their own. Rather than looking at the interest of the Pacific as a region, as a whole, they want to push their own agendas, and own interests."

Panuelo says Micronesian leaders plan to meet soon to discuss their next steps moving forward. He says they've already discussed how they can elevate its own regional bodies.

Kolomatangi believes the Pacific Islands Forum need to "sit down and properly talk" to avoid Micronesia leaving the Forum.

"To avert that problem they have to make sure that the rotation of the secretary generals position is genuine and there's a formal agreement between the cultural areas Polynesia, Melanesia and Micronesia, otherwise we're going to have this scenario all the time."